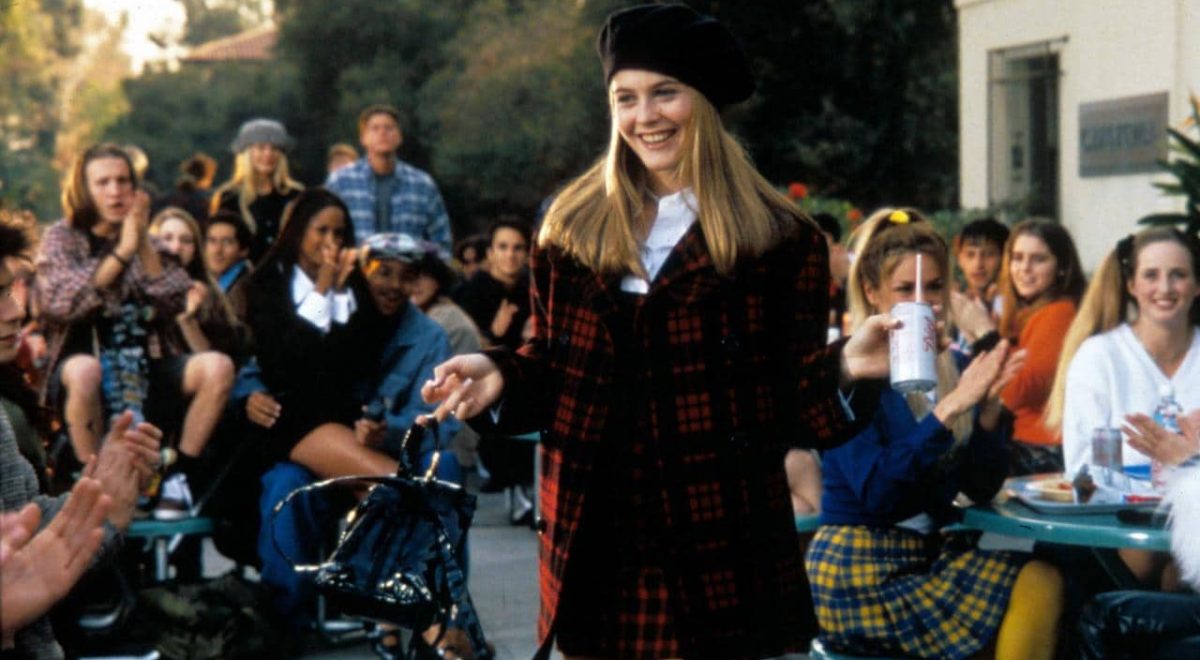 I was obsessed with the concept of the Back to School Makeover when I was a youth. It was always my dream to waltz in after summer break a new woman.

‘Who’s that amazing girl?!’ they’d cry in unison not recognising it was ME, their classmate for the past 10 years! Silly them!

I’d be new and improved and ready to rule the school. It was about 300º in Atlanta in August, but I’d insist on wearing something most likely plaid and corduroy from my autumn wardrobe (this is back before I adopted a year-long costume of black legging and maternity-esque tops to carry me through all seasons). And I’d hardcore primp for this shit. I’m talking weeks of attempted beauty regimes picked up from the long awaited August editions of Seventeen and YM magazines.

Who could forget this gem featuring Drew in her highly anticipated role from Ever After: A Cinderella Story? 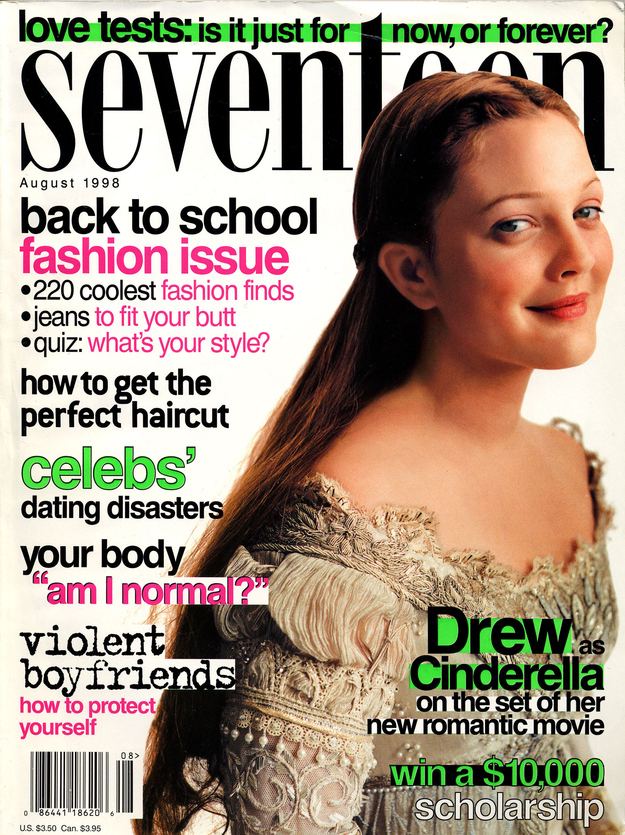 I couldn’t wait to discover which jeans ‘fit my butt’! Or what my style was! (I would have preferred to wear Drew’s pearl and lace ladened Cinderella gown but assumed that wasn’t one of the ‘220 coolest fashion finds’.)

Anyway, try as I might I was still always just me and most years went forward just like the last. My 2016 journal records that I turned over approximately 250 new leaves last year alone — all to be abandoned for stagnation and the survival of working weeks and accompanying global disasters.

This year I’m determined to make some sticky alterations that promote productivity and wellbeing. That’s right — this will now be a wellness blog all about the beach and eating a raw diet!

But since I am slowly turning into Lucille Bluth (without the money), I have activated a Three-Pronged Leaf Turn that I hope will propel me into a new year and a semi-new me.

A Back to School Makeover in Three Parts: Dry January, Bullet Journalling, and Weekes Goes to the Gym

Dry January: That’s right, folks. I’m giving up the sauce for a whole month! (I made it 10 days last year before I was forced to attend a work leaving do and consume 56 glasses of pinot grigio to survive. I’m weak!) I don’t know… it’s like a ‘thing’ that people do here? I don’t know if it like raises money for a cause or something? Or people just do it because? Or if it’s like Movember without the men and the moustaches?

Oh, look, you are supposed to sign up here and raise alcohol concern awareness through your personal sober misery. And there’s an app for that!

I’ll let you know how it goes.

Bullet Journalling: Have you heard of this??? It’s like the most Weekesian craft I’ve ever seen!!! And involves purchasing back to school supplies and utilising coloured pens!!! It’s sort of a method for creating highly organised and comprehensive journals that are a combination of to-do lists, calendars, trackers, and ideas/emotions. I came across this really helpful article that explains exactly WTF a bullet journal is if you would like more information.

Upon reading up on the concept, I realised that I was essentially already bullet journalling, just in a helter skelter, aimless, and nonofficial kind of a way:

Wisely, I decided that New Year’s Eve was the perfect time to set up my bullet journal. When better to achieve organisational perfection and precision than when you’re enjoying your last hurrah with alcohol before Dry January?

‘This is looking great!’ I thought as I somehow managed to make crooked and wiggly lines whilst using a ruler. I also implemented hideous colour combinations and produced increasingly large and messy handwriting. But I was on a roll!

Well, I spent the majority of New Year’s Day trying to fix what I had drunkenly created the night before. The good news is I was able to use parts from the remaining Victorian Toy Theatre templates to cover up my more egregious errors.

Now I think I have a workable template that will guide me into January with a renewed sense of purpose. Because it’s like a Novel of Accountability.

Weekes Goes to the Gym: Ohhhhh the gym. That most cliche of New Year’s resolutions. But it’s okay — in order to avoid the cliche (and get a better deal), I actually joined the gym in December. I then conveniently contracted a cold which slightly hindered my attendance at said gym in the month of December. But New Leaf Weekes is ready to hit the ground running in January!

I managed to go on New Year’s Day, in fact, taking a much needed respite from bullet journal reconstructive surgery. Luckily, I still have the sneakers I bought in a strip mall in Covington (so, about 13 years old) and they are in great shape because you’re only supposed to replace jogging shoes every like 20 years, right? Next, I obviously had to wear my awesome CATS the Musical hoodie because I wouldn’t want anyone to think I’m not artsy fartsy just because I’m athlete-ing.

I would have taken one of those cool (super lame) #gymselfies people post but I was too afraid that someone might be under the impression that I actually thought I looked good. I have only this proof-of-attendance-shot whilst pretending to fiddle with the music on my phone. Appropriately, it represents the ghostlike shell of a human I have become.

I was relieved to see that there was a woman pushing 90 years in a Mickey Mouse Christmas jumper on the treadmill. ‘I can beat her!’ I thought.

I also observed a consumptive man hacking all over one of the water fountains and was able to make a mental note never to touch that mechanism.

Over all, it was a successful trip to the gym!

What are your hopes and dreams for 2017? Anyone else joining me on any of these ventures? Let’s hear it for Back to School Winter Madness!

Uncharacteristically, I am currently reading a novel that was written in the last 50 years. In fact, it was written last year! It’s called Golden Hill and it’s written in the style of an 18th century novel, so it is acceptable. Anyway, it’s providing me with some whimsical Weekes Words I can’t wait to share with you! I noticed that a few have been a little anachronistic for the 18th century, but we’ll forgive Spufford in his effort to be an interesting writer.

This one is I guess just a British word that I had never heard in the States… but boy is it a great word! Here’s what Merriam-Webster has to say about the etymology:

Sozzled: circa 1880 and from ‘sozzle’ (meaning to splash, intoxicate) alteration of ‘sossle’, probably frequentative of British dialect ‘soss’ (to mess) and meaning very drunk. Ex: Dry January Weekes looked back on Sozzled December Weekes and felt pea green with envy.