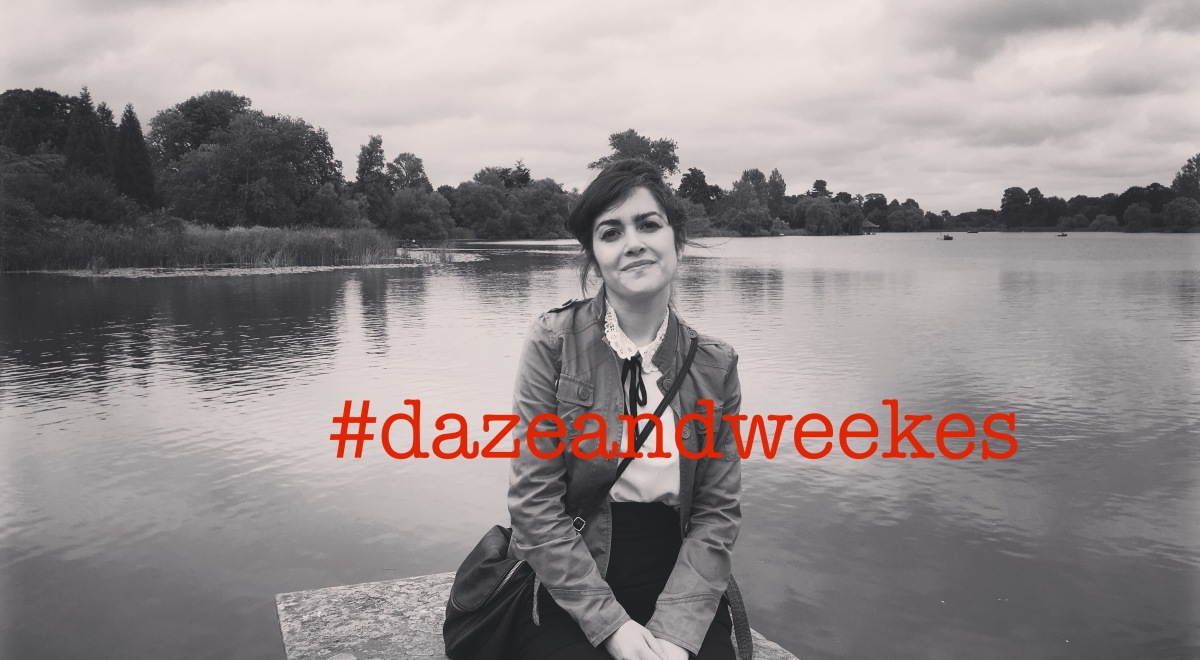 I’m finding that the years are passing terrifyingly quickly now that I’m well into my 30s. And the greying of my hair has accelerated at an alarming rate, adding another notch to my granny chic belt. (Actually, I’m a bit obsessed with my hair, maybe? I’ve written about it/mocked it here, here, and here.) 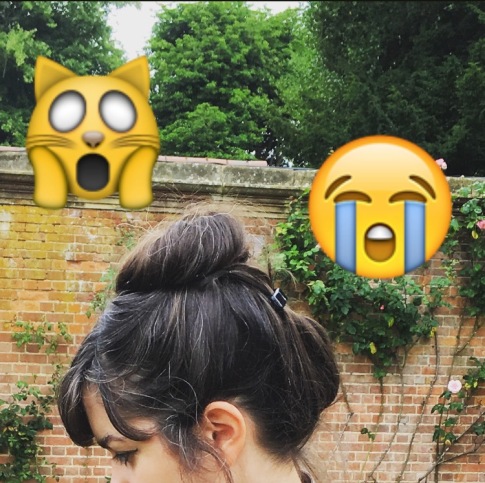 I feel like time is measured so differently in our minds when we are young. Think about how epic each school year felt! All of the things that happened! Months seemed to last for years. I would be in 5 different productions, take a million tests, and sit through a gazillion classes. Friendships would go through a dozen phases, and I’d have crushes on several different boys… and it all seemed like it was never going to end.

Well, sitting at this desk in this office, it still feels like it’s never going to end, but in a different sort of way, I guess. Like, despite time marching at a glacial pace on the surface, years now manage to rapidly slip through my desperate, grasping fingers.

Of course, sitting here has given me plenty to complain about regarding work/the office/commuting over the past year. I’ve taken you on a ride on the 53 Bus AND infamous Southern Rail (also known now as Southern Fail), and you’ve gotten to indulge in the glamorous ‘week in the life’ of a London commuter. You shared in my misery of working with the shoeless monster and got to suffer vicariously through the plight of the most pitiable Trolley Girl (a role which no longer exists in the office, thanks to my human rights activism! maybe???). 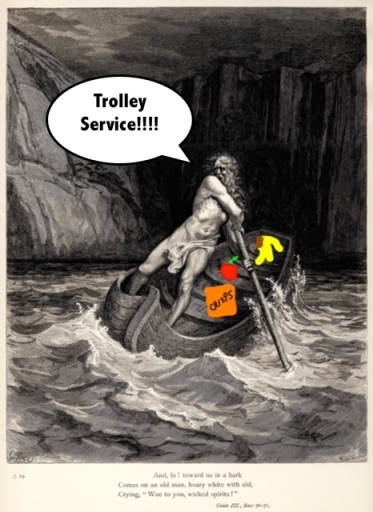 At any rate, I’m still here, and I’m still writing to you–largely thanks to a few kind comments from the awesome people who are reading (and hopefully laughing).

Now (according to some other blogiversary posts I’ve read) I’m supposed to tell y’all about my (supposedly growing) stats from the past year. But fittingly, as this is primarily meant to be a humour blog, my stats are laughable. Like, above and beyond my highest view rate comes from my first month–presumably from when I announced my blog on Facebook and my growing enemies in Westeros SILENTLY clicked on it to check it out and privately shit on it in the cover of darkness. Then things generally went downhill from there, despite the efforts of old and new friends alike (you know, kind of mirroring my general-life-success trajectory). 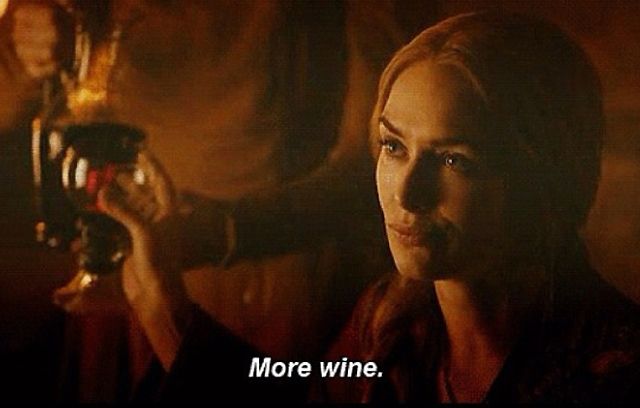 Sadly, my herstory posts have the lowest viewing rate–some have been viewed a whopping 10 times!!!!!!! (Well, that was a waste of time!) Regardless, at least some of us cool kids got to learn a bit about some truly awesome women including: Ælfthryth, Emma of Normandy, Alys: Countess of the Vexin, Eleanor and Rosamund, Nicola de la Haye, Matilda de Braose, Joan: Lady of Wales, Eleanor: Fair Maid of Brittany,  Isabella of Angoulême, and (skipping a couple hundred years) Anne Boleyn. 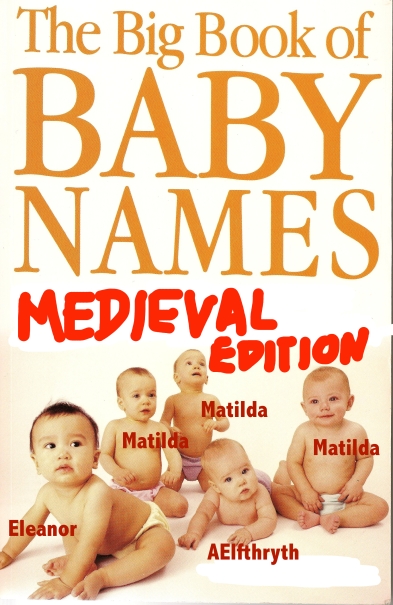 But HARK–is that a light, a glimmer of popularity in the distance!? There are 2 posts that received 5x more views than any others. Those would, of course, be the posts about my mom and dad. 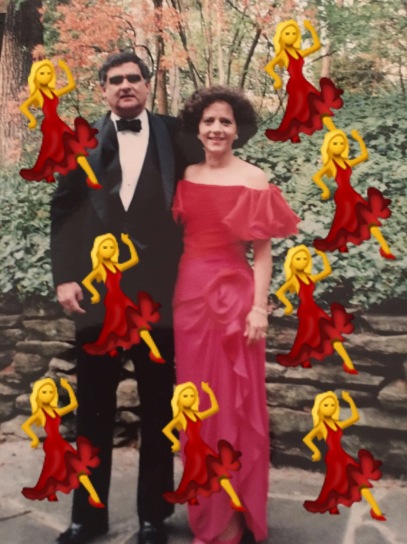 This is unsurprising–my parents are very popular on social media. My mom pointed out the other day that she has 200 more Twitter followers than I do and she ‘doesn’t even tweet!’ Well, bully for you, Mom! B suggested that I should probably just write exclusively about my mother if I want to skyrocket to blogging fame. I think he’s just trying to divert attention away from me writing about his various gastric calamities over the past year.

After listing all the numbers, the blogiversary bloggers usually then make some sort of humble statement about how ‘numbers don’t matter’. Easy to say if you have 50,000 people checking out your (probably bad) writing per year! But as someone with no numbers, I can say that numbers don’t really matter… I guess… but they sure would boost morale.

But enough self deprecation (can there really ever be too much?!). I’ll now tell you some things that do matter:

A friend sharing my Defence of Artists post with her freshman English students at university and telling me about their inspired responses.

Eliciting more communication with my cousins, leading to the receipt of my wonderful Sister Wendy book. Through Sister Wendy, we’ve been able to delve into some art history here and  here . 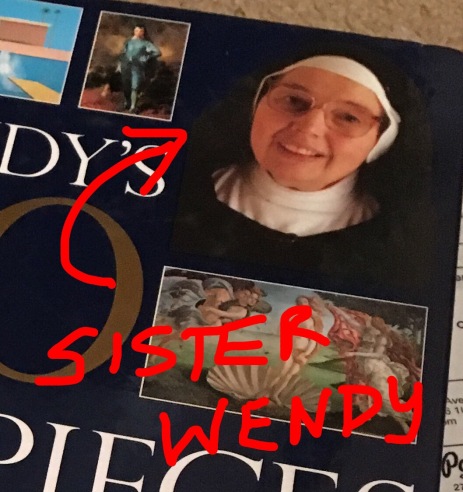 AND I received some awesome art history DVDs from my darling goddaughter Cappa, inspired by Bad Boy Caravagio. We’ve also gotten to visit my favourites (the Victorians) for some holiday crafting, Vinegar Valentines, and chatelaines. 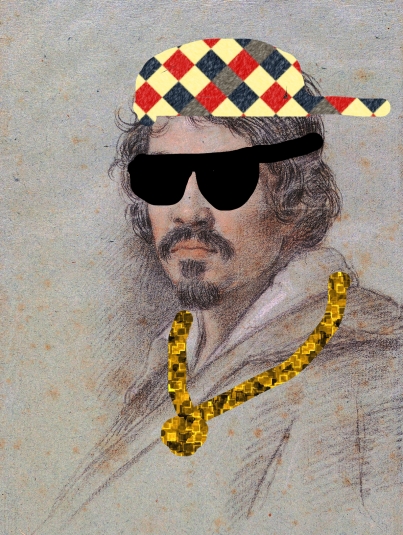 AND I’ve made some art history friends/fans on Instagram–like this post that was clearly flagged up in some topless photo algorithm, causing this bot to comment on these sexy naked ladies:

Blogging/trying to stay funny and upbeat has also gotten me through a recent bout of job-hunt-related depression. With a platform for expressing the woes of the Group Interview and writing the perfect Cover Letter, I was able to move past this bummed out period and come out on the other side with Blind Hope. (Even though I will have to deal with this again in 6 months!!!!) (Unless some artistic venture magically takes off????) (It won’t!!!!!) 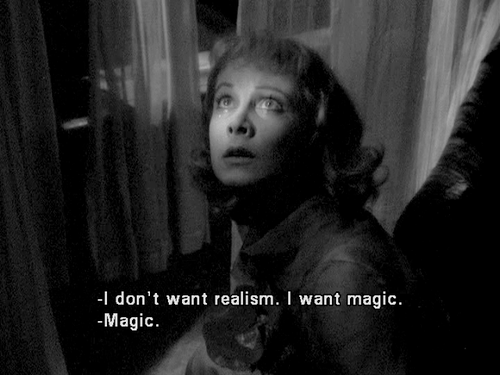 Additionally, some members of my husband’s extended family have been very supportive of my writing. I’m not exactly the most outspoken person in real life, and I feel like my blog has helped his family get to know me a little bit better.

And then, of course, there are the fellow bloggers I have had the privilege to meet so far. Where would I be without the support of the aforementioned CrawCrafts Beasties (I’m pleased to be able to link you to her newly revamped website below!) and also KTC?? Both of these awesome women always leave intelligent, humorous, and encouraging comments that keep me going. I have loved following Helen’s Paddy and Plunkett on their travels, and KTC has kept me informed about her insanely illustrious lineage. Additionally, both Sick Christine and The Shameful Sheep have managed to make me laugh on multiple occasions – let’s hear it for hilarious females!! And speaking of hilarity and Beasties, this recent post by Tammie Painter also had me seriously lol-ing.

I think that all these things that matter add up to a worthwhile year–don’t you? I’ve certainly enjoyed making dumb memes, #learning #facts, ranting, drawing on photographs with my fingers, and cracking myself up. We’ve also managed to rack up quite a few Weekes Words in the process!

I hope it’s been as fun for you as it has been for me. If you have a sec, please make me feel like Khaleesi and let me know some of your fave moments in the comments!

Love to you all.

And, since I’m such a big hit: for EVEN MORE BLOGGING (of the musical persuasion) & exclusive downloads & stuffs & updates about my album (arriving December 2017!), I will alsooooo encourage you to subscribe to my sister site www.weekesmusic.com ?!?!?!!