Not too long ago I promised you a Pre-Raphaelite PSA but, like a cute kitten, was distracted by glittery chatelaines. Well, just as a Lannister always pays his debts, I always keep my promises (I think?) so here we go with the Pre-Raffs… 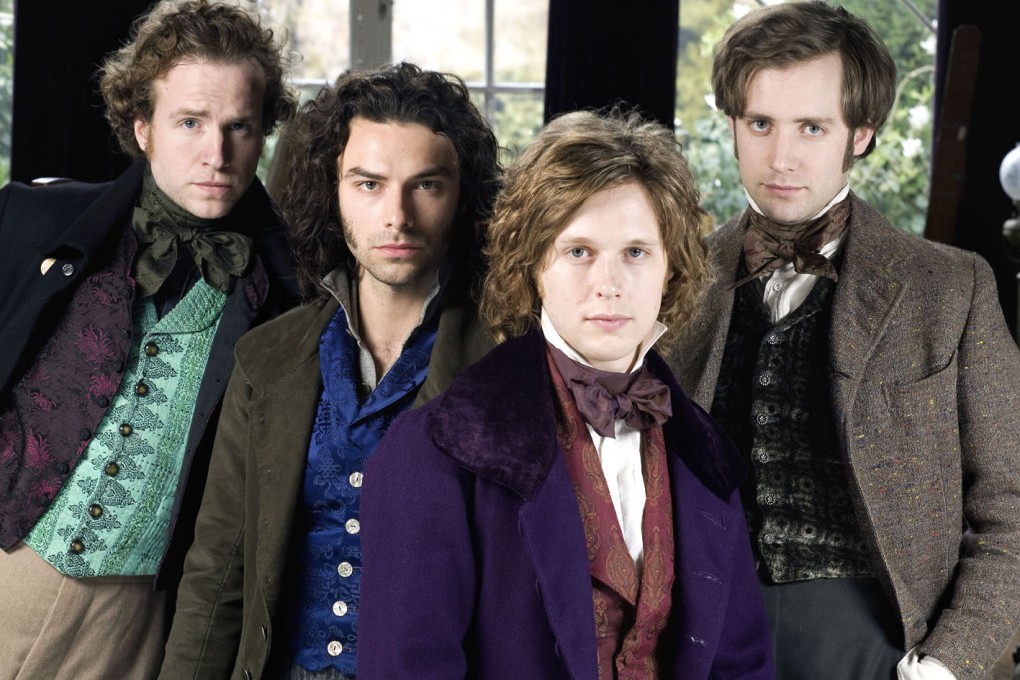 Let’s begin with some general facts, shall we? The Pre-Raphaelite Brotherhood was originally founded in London in 1848 by three blokes named Dante Gabriel Rossetti, John Everett Millais, and William Holman Hunt.

Helpful for illustrative purposes if not #facts, there is a BBC series from 2009 entitled Desperate Romantics in which Dante Gabriel Rossetti is played by Ross Poldark. Cordelia was kind enough to loan me her DVDs of this series which I enjoyed one weekend when B was out of the house (along with about 30 gallons of wine so I really couldn’t fill you in on any of the particulars) and which I accidentally held hostage in my bedside table for about 10 months thereafter.

So, yeah, these three aforementioned Royal Academy schoolboyz decided to form a secret society. Of course, this was back in the days when you could stand around in your drawing room and make up a secret club and it would actually mean something and maybe become an entire Movement–unlike the BFF Horse Club (BFFHC for short) I forced my horse-indifferent BFF to start with me in 4th grade. That club never totally got off the ground (manifesto a bit murky), but we did have laminated membership cards which, really, was half the battle towards professionalism.

Let it be noted that my BFF used a glitter pen to sign her signature.

Anyway, these three blokes were standing around in a sitting room one day and decided to form a BFF Art Club in rebellious reaction to the artistic precepts being touted by the Royal Academy at that time. Of course, instead of naming their venture the ‘BFF Art Club’ (and to ensure that there were NO GIRLS ALLOWED), these mates decided to call themselves the Pre-Raphaelite Brotherhood. (Don’t worry, stay with me, us sistas have a big part to play eventually.)

Basically, the Pre-Raffs were sick of hearing ‘Raphael this’ and ‘Raphael that’ from the instructors at the RA. The Brotherhood wanted their works to reflect the more realistic style of those who had preceded Raphael. They were like well keen on Medieval themes and principles and drew inspiration from Flemish Primitives like Jan Van Eyck, whose works B and I hit really hard on our trip to Belgium last year.

They were also eager to look to nature for afflatus (remember that Weekes Word??) and were greatly influenced by the art theorist John Ruskin (more on him and his repulsion for female pubic hair later). And Ruskin was like kiiiiiiiiiiiiiiiinda their only champion amongst the critics.

Most of the Powers That Be hated the Pre-Raphaelites in early days. For instance, the critics were appalled by this Millais painting from 1850:

Millais’ depiction of Christ and his working class family members was considered shocking and blasphemous. Even Dickens, man of few words, found much to criticise in the work. This piece now hangs in the Tate Britain alongside the majority of the great Pre-Raphaelite paintings. (Suck it, haters!)

Kind of like me, the Pre-Raphaelites weren’t limited to a single artistic medium. They dabbled in all the arts and wrote essays and poetry and all that good stuff. For a brief period, they fathered a journal called The Germ that I imagine was a bit like the March sister’s self-published, ragtag newspaper for their Pickwick Club. 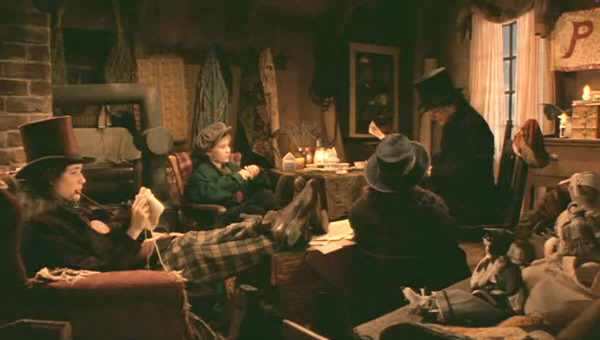 The group sort of dissolved a bit in the 1850s… but don’t worry! It soon entered into a Phase 2 that brought with it other notable members such as William Morris, Edward Burne-Jones, Ford Madox-Brown, and Philip Webb. These dudes + Rossetti ended up forming the firm Morris & Co. and thus birthed the Arts and Crafts Movement. This movement and William Morris’s influence and interest in socialism extends well into the 20th century… but that’s for another post.

I suspect you’ll recognise some of these:

Now. As artists, I love these guys. They are great. They are mega talented. They have produced some of my favourite paintings of all time. But as human dudes? Some of the worst! Despicable! Scalawags! Rogues, all! (Rogues, most.)

Were they really so bad as all that? you ask in your kindhearted yet peevish way–as if I’m some dramatic, opinionated person who flies off the handle and casts spurious judgments on historical figures.

Okay, I admit I’m being slightly hyperbolic, but honestly, they really weren’t the best when it came to women. Especially Rossetti, who rates pretty high on my Scale of Bastardness.

It’s mostly varying levels of bastardness that we are going to discuss forthwith.

Since ‘Pre-Raphaelites’ is such an expansive topic (believe me, I’ve barely scratched the surface here), I’m going to focus on some of the central figures one by one in a series of exciting posts! In the case of this Brotherhood, I am unable to tell you about the herstory without giving you some history… but in my future posts, hopefully, we can shift to look at some of these important men through the lens of their enmeshed (and often tragical) Sisterhood counterparts.

WARNING: there will be a lot of red hair.

This Weekes Word was on my list, and I’m glad I haven’t used it yet because it be perfect for dem Pre-Raffs!

Dandiacal: first used in 1831 (by some awesome person who makes fake adjectives out of nouns, like I do) and meaning relating to or characteristic of a dandy (which is, of course, a man who gives exaggerated attention to personal appearance). Ex: The dandiacal Pre-Raphaelites were so fussy about matters of dress that meetings of the BFF Art Club often came to a full stop over the small matter of crooked tie or inadequate ‘effortless’ bedhead.