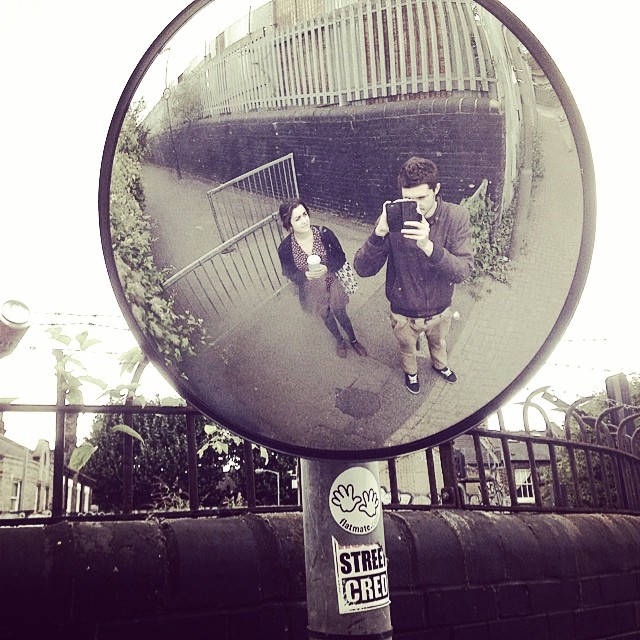 Not usual programming, but I just found a pleasant little bit of writing I did in draft form on another blog years ago, and I thought it should see the light of (Sun)day. Makes me miss writing in my truer voice.

Sunday morning. First coffees. He gets lattes now too.

He rubs her back and kisses her.

They dress to walk to the museums. Second coffees.

And then walking – following strange streets with low housing – built in 1873 the door says. Through Battersea and across strangely desolate train tracks.

They decide to cut through the park. They stumble upon a sparsely attended fair in one of the meadows just as it starts to rain. The rain picks up and he grabs her hand and pulls her under a tree.

‘You wait here,’ he says, holding her shoulders like she’s a child or a fragile thing.

He leaves and returns with a bottle of water. He lets her drink first and then has his fill. The rain is falling even harder now – it pelts through the protective branches. They seek further shelter under the bumper car canopy. The flashing lights are incongruous and depressing in the weather – and only two drivers elect to patronise the ride – what’s the point in that, she wonders? He unzips his jacket and gathers her up inside. He’s so tall and warm and loving and she rests her cheek on his woollen jumper chest.

Water collects in a dirty puddle close to their feet and the grimy ‘attractions’ of the fair are none the cleaner for the shower.

The rain lets up a little and they move on. Out of the park and across the River Thames. It is low tide. He recalls the scene in Orlando where the river is frozen and the Elizabethans build shops on the ice. She thinks of another scene in Orlando, the dark cloud passing over the nineteenth century, and wonders to imagine that Virginia probably crossed that very bridge.

Entering Chelsea, they pass the grand white houses with their black iron gates. On one of these houses, a blue plaque – so he tells her of the explorer who lived there. He always tells things very well; quotes and names never escape him. Where things begin, words, infinitely interest him.

It starts to rain again and they pass through the Chelsea flower market.

Up up and a little further to South Kensington. There, she picks up a sarnie and they find a bench. The rain has stopped. He spreads his jacket along the bench so that she will keep dry. He watches her eat her sandwich, sometimes kissing the back of her neck, sometimes brushing mayonnaise off her chin. He finds seeds in her suprasternal notch from the cherry tomatoes she sliced the night before. He’s attentive, in love.

The sun is out now and somehow the sky is clear and blue.

He gets her another coffee.

They climb the steps to the V&A and he agrees to look at the ‘Wedding Dresses’ exhibit with her. In the upper level, they get separated, as they usually do in museums. It is always an isolated yet shared experience. She looks through a glass case and he is there on the other side watching her. He waves.

They sit in the courtyard and watch the children paddling in the shallow water.

It is Sunday afternoon. 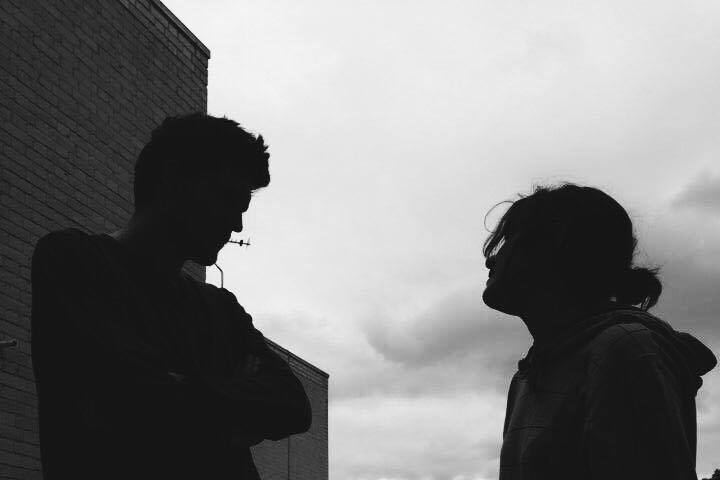